The Top 5 Minivans With Style 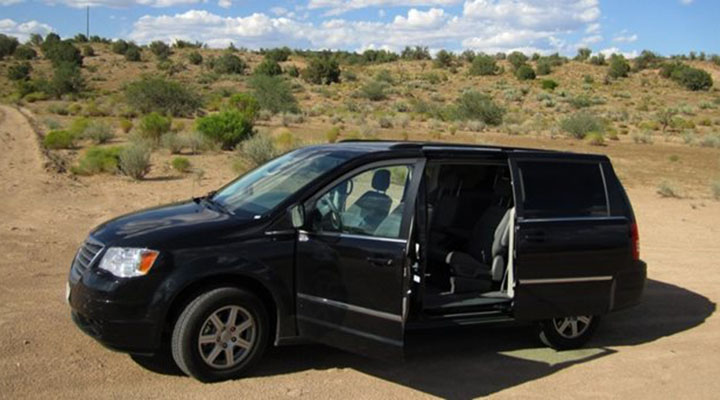 Step aside, soccer moms. The minivan has taken on a whole new look that can appeal to everyone —  its sleekness is such that you won’t have to worry about it cramping your style anymore. But not only are they stylish now, minivans are still the practical and trusty vehicles they have always been, it’s just that now you won’t have to be embarrassed to drive one. With these five new hot minivans, you can be sure that getting one will be a definite upgrade that you can count on.

The 2013 Chrysler Town & Country S has a black chrome finishing, a black step pad, 17-inch aluminum wheels, and edgy headlights. Don’t forget the black leather seats with grey stitching and the glossy black trim on the instrument panel. The Town & Country has a standard DVD System and high-def screens, along with a HDMI hook up for gaming systems.

The Town & Country S also has amenities that include USB inputs, a 12-volt outlet, and a 115-volt outlet. The gas mileage isn’t anything to scoff at, offering 17mpg for city and 25 mpg for highways. The safety rating is ranked at four stars, so you’ll feel extremely safe and stylish in a 2013 Chrysler Town & Country.

Next up is the 2013 Mazda MAZDA5 Touring. This is a great candidate for anyone looking for a smaller minivan, but don’t worry, the MAZDA5 more than makes up for its size. Along with excellent gas mileage (21mpg city and 28mpg on the highway), the MAZDA5 has excellent handling and all the modern conveniences that you could possibly want.

Features include parking assistance, fog lights, 17-inch rims, automatic climate control, Bluetooth connectivity, and a keyless entry. It has six seats, fold-down rear rows, and can hold up to 97.7 cubic feet of cargo.

The 2014 Honda Odyssey EX has a sleeker body than you’d expect from a minivan, but it also offers a spacious interior. Some of the best parts about the Odyssey EX are the tinted windows, 7-inch touch screen display, and 248 horsepower, 3.5-liter V-6 engine. Eight people can fit in the Odyssey EX, or it can be filled with 148 cubic feet of sports gear, shopping bags, or whatever you can imagine! Gas mileage comes out to around 19 mpg for town and 28 mpg for highway.

This minivan sports three zones of automatic climate control, a rearview camera, Bluetooth connectivity, and a blind-spot monitoring system. The best part about the Odyssey EX? It has a five-star safety rating issued by the Nation Highway Traffic Safety Administration.

For a reasonable price, you can look stylish in the 2013 Dodge Grand Caravan Crew. The front grille of the Grand Caravan Crew looks a lot like Dodge’s sporty vehicles, and the body looks more SUV than minivan, giving it extra style points.

The inside gets even better, with a touch-screen interface for its entertainment system and its own hard drive for storing music files. No more plugging in your smartphone for music! Also, the engine generates 283 horsepower. Practicality comes in with the Grand Caravan’s power liftgate, power sliding doors, adjustable pedals, and seven-person seating. Stow n go seating can also give you 143.8 cubic feet of interior space. You can expect 17 city mpg and 25 highway mpg.

Last but not least, there’s a minivan for those of you who love a boxier look, power, and extreme customization: the 2013 Nissan NV3500 SL. While it’s a little on the pricey side, there’s no way you’ll feel style-cramped in this minivan. It’s large but easy to drive.

Comfort is a given with 324 possible seating configurations, and all the seats behind the first row can be stowed away, giving you 216 cubic feet of space. The NV3500 SL boasts 317 horsepower and a V-8 engine. The technology package will give you a rear backup camera, a 5-inch touchscreen, and Bluetooth connectivity.

Photo by Thomas Bindreiter / CC by